This page will regularly feature people, organisations, opinions and events which are felt to be contributing to the evolution of consciousness in Chelmsford.

In support of encouraging this, our first Profile is of probably the only Chelmsford candidate for election who offers a realistic prospect of fundamental change!

Piper at the Gates of Dawn 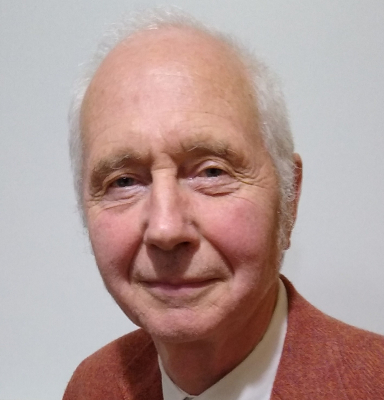 In 1972, aged 20, I came to Chelmsford taking various manual labouring jobs and where, in 1975, I bought a corner of a field, so as to explore an organic lifestyle; during which time I studied for a Commercial Horticulture qualification from Writtle Agricultural College.

In 1977 I set up the first of several market stalls, selling wholefoods, which eventually formed the basis for the establishment of a Workers Co-operative in 1978 in which I was one of seven founding members. Bramble Wholefoods Co-operative ran a wholesale warehouse in Braintree and delivered to many of the independent health-food shops and buying groups throughout East Anglia.

In 1981 I began a six-year part-time training programme in Osteopathy, during which time I spent some years as a ‘house-husband,’ looking after my daughter, working part-time and studying.

In 1983 I initiated the establishment of Essex Co-operative Development Agency which was formally launched in January 1985, funded in part by Bramble, Chelmsford Star Retail Society (Co-op) and NALGO (Essex Region). By 1988 substantial funding had been raised from Essex County Council and the EEC Social Fund, leading to the appointment of a full-time worker based at the Essex Business Centre, Church St, Chelmsford.

For a time, I was involved with Chelmsford Green Party and in 1987 stood as a Green candidate for Great Baddow Parish Council, gaining some 10% of the votes cast.

During the period 1972 -1992 friends and I performed, on occasion, as a small music/theatre group in various folk clubs and events in Essex. I also had several poems published.

From 1988 I spent the next 30 years practising as an Osteopath, during which time I undertook a four-year part-time training in Naturopathy and also gained various teaching qualifications, culminating in 2010 with a Masters in Medical Science. I was, for a while, Principal of The College of Osteopaths and Chair of the Council of Osteopathic Institutions.

I retired from Osteopathic practice in May 2019 having purchased another piece of land so as to further explore the organic way of life and to enjoy spending time with the grandchildren.

You can read my 'Statement to Voters' by visiting https://whocanivotefor.co.uk/person/72188/mark-alan-lawrence

My prime purpose in standing for election was to act as a voice in the wilderness. Talking of which . . . .

. . . . . A murmuration of starlings is a beautiful sight and we are amazed at the level of connectivity between the birds. However, in reality each starling is only aware of the small group which surround it, this number is typically seven.

We can observe a similar situation within social media - as individuals we are each aware of our own small group of friends and perhaps others with whom we share opinions. However when stepping back and viewing from afar, it is possible to see the overall pattern.

Such a wider vision has led to massive exploitation and manipulation by both Commercial & Political organisations. Indeed we have recently experienced attempts in this country to spread lies and untruths via social media.

How much this election has been manipulated by unseen forces will always be a question, it’s clear however that we have seen a level of abuse of facts on a scale far greater than ever witnessed before.

The citizens of the UK deserve much better than this, we need to demand truth and honesty from all of our representatives. Without honesty all the other attributes they may have, are meaningless.

It’s been an interesting journey and one which I’ve enjoyed immensely - but this is just the beginning. Let me direct you to the new-city-citizen.co.uk website which will continue to be a voice for clarity, reality and thought-provoking ideas.

My message to the electorate was “Don’t vote for me”, so I am deeply humbled to know that nearly as many heard and acted on what I said as voted for all the other candidates here. As for the others (580) who could not help but vote for Honesty & Truth rather than Bluster & Bluff, I’m often found in The Ale House or The Railway Tavern and if there’s anything left in the pot I’ll buy you a pint – what’s that? Nothing? Oh sorry, you’ll have to buy me one.

Turn On, Tune In & Speak Out